Amid more frequent and intense disasters, ‘hard decisions have to be made’

Peter Cosgrove was 27 years old when Cyclone Tracy flattened Darwin on Christmas morning in 1974. Within days of the disaster, the government began loading shell shocked survivors onto aircraft and flying them to cities across Australia. They crouched in the aisles of the planes, and sat on each others’ laps. The young soldier, who already had a military cross from Vietnam and would go on to be governor-general, met their buses at a barracks on Sydney’s south head, where they could finally shower, eat, and sleep.

“They were destitute and devastated,” Sir Peter remembers. “Psychologically traumatised. They were absolutely down and out, tired beyond belief having left everything they owned, which was either blown away or saturated and ruined by the torrential rain.” 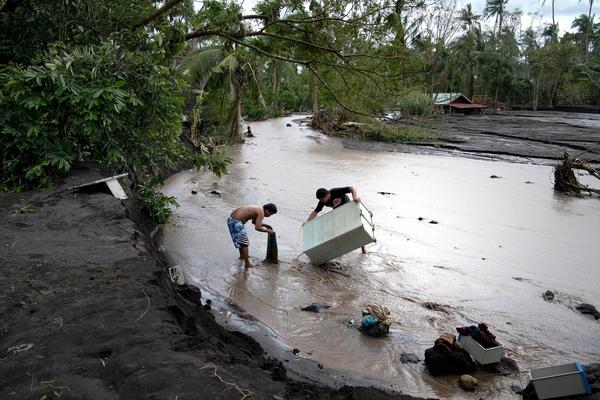 No one outside Darwin knew about the cyclone until Christmas afternoon, as communications were wiped out. But as soon as contact was made, the newly formed National Emergency Operations Centre swung into action, sending navy ships and organising the biggest air evacuation in Australian history - more than 30,000 people - which was under way within two days. Then-prime minister Gough Whitlam flew from Europe to tour the city on December 29.

Sir Peter was one of the first soldiers sent to Darwin to begin the cleanup. He remembers flying over the city and seeing complete devastation. “It reminded me of aerial images of those Japanese cities in the war [Hiroshima and Nagasaki],” he said. “Seven weeks later, we were [replaced by more soldiers]. We’d been working flat out. As we were flying out of the place in a charter jet and looked out of the window again, I couldn’t see any difference.”

As residents of the Northern Rivers region sifted through their sodden houses this week, angry that help, particularly from the Australian Defence Force, did not come sooner, some wondered whether their experience was Australia’s version of Hurricane Katrina. That storm hit the east coast of the United States in 2005 and led to a flooding catastrophe in New Orleans that exposed a litany of failures by government, including an inability to get food and water to evacuation centres.

But some, including Lismore’s mayor Steve Krieg, looked back further to Cyclone Tracy, noting not only the government’s faster response in the immediate aftermath of Darwin’s crisis 50 years ago, but also what it did next.